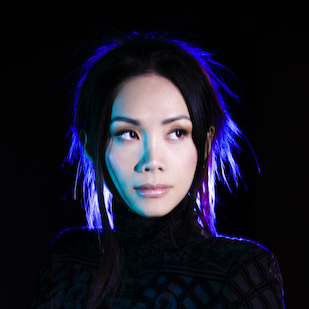 The reason I'm writing this is to shed some light on a little project I quietly created many years ago, but which has come into greater use lately.

I am the original creator of "snowflake".

Originally a conceptual exploration & research project, years later this project has taken on a central role in censorship circumvention via the Tor Project, with direct application in the ongoing Ukraine & Russia crisis, and all around the world. As you can see, censorship did ramp up significantly in December 2021, and early 2022, with a corresponding surge in snowflake users.

As long as you leave this browser tab open, with snowflake enabled, someone out there in need will have access to the internet.

If you don't want to keep this tab open, there are other methods to help the internet: including installing the browser extension, or running a cli, or standalone snowflake . These all function the same -- when active, you are contributing your internet connection to the pool of ephemeral proxy volunteers, to help keep the internet free.

If you are a person in need of access to the free & open internet, snowflake has been built-in with the Tor Browser since 2016.

why I built snowflake

All around the world, the internet is filtered, blocked, and manipulated. This is bad.

When the internet is compromised, not only will you be unable to reliably communicate with friends, family, and the world, your reality itself will be compromised. Yours & many people's understanding of what is happening will undoubtedly be distorted in many ways, and your mind itself will come under assault by the infowar, as we've all seen happen throughout the last few years, pandemic and epistemic collapse ad accelerando. And, everybody shall live in fear, confusion, and violence, as the world splinters and spirals downwards whilst x-risks increase.

People will die. People already have.

But we can still do something about it.

In a way, the early internet saved me -- pre social media, pre everything, a story for another time, but I knew the internet was at risk even then, while still a 9 year old teaching myself to code, or finding rare classical recordings, online. I began actively working on internet freedom since 2012, and made a few attempts to cause real things to happen, both during my time at Google, then as a senior research fellow at UC berkeley, and helping the Tor project.

how does it work?

I've already written much on this: including the original documentation and technical overview, which has since been mirrored and kept up-to-date by colleagues at the tor project snowflake wiki .

This is enough to cause it to be one of the few actually functional circumvention methods & channels of communications currently in use in the ongoing crisis.

So now, instead of re-writing documentation, I can share the story of how I came to be the snowflake mother.

the story of how I built it

A long time ago, in a galaxy far far away (and before I was even legal ;)) I was the first engineer at a place called Google Ideas. At the time, Ideas was a fledgling organization, a thinktank with the honorable goal of "using technology to help those threatened by conflict, instability, and repression" , but without much in the way of headcount or resources. One of the earliest efforts was a project called uProxy which was an early experiment in using webrtc for circumvention, via temporary proxies -- but using Hangouts for rendezvous, because Google.

With a very unrealistic deadline of 2 weeks, I was required to build and live demo uProxy at the "Google Ideas Summit" in NYC. I pulled a few all nighters and built it. It worked.
And the live tech demo was a success.

On that basis, Google Ideas gained much traction and an initial 10+ headcount. And so I helped build and grow the engineering team of Google Ideas along with some amazing colleagues at the time. Of course, despite being a more experienced coder than engineers even a decade+ older than me, being a young lady, credit for my work went to the nearest man.

Meanwhile, I was off starting my career as a concert pianist . Going on adventures, playing concertos with orchestras around the world, writing opera for kanye west. Many interesting experiences.

I also picked up a research fellowship with OTF to continue my work. [3]

Since I was at the time now the person in the world most familiar with using WebRTC for circumvention, maybe I could help birth the true form of this tool and help colleagues at Tor with a next generation pluggable transport. [4]

This needed to be written in golang... However, at the time there was no such thing as WebRTC for golang.

So I wrote the first golang webrtc library. [5]

With that out of the way, now I could actually build the thing. The tor client part would be built to the ptspec, which went fairly quickly once the WebRTC golang lib was in order, and the ephemeral proxy part I'd write in parallel for the browser environment. [6]

Meanwhile I had to give the thing a name. I named it "Snowflake" partly as an obvious meta-trolling operation given the nature of some parts of communications and internet culture during this time period, but also mainly because "ICE" negotiation is an integral part of the rendezvous.

Then I brought it to the tor dev meeting in valencia, and did a live demo of the first snowflake. It worked. Here's my initial mailing to the tor list. [7]

Then, some other dudes announced Snowflake on twitter before I, the author, could, stealing my thunder -- and then other life stuff happened. These things happen, but the important thing was I was able to birth Snowflake, it functions, it has traction, and people are using it and it seems to help them. So I decided to focus just on piano for a while, which worked out great, and I went on tour, got endorsed by Bosendorfer, etc etc.

Since then, many other tor developers have taken on the Snowflake baton, and made fantastic progress, and I am very pleased. It's wonderful that we've been able to gift this next generation circumvention tool to the community, which is currently having real world effects. Of course, the work never ends, and if folks want me to return, it's possible. I have ideas. They should ask me nicely :) Which brings us to:

the future of snowflake

Indeed, it looks like there is much more work to be done. There are currently limitations in the set of snowflake bridges, there are limitations in bandwidth, there are limited resources for the system, and for the developers at Tor and otherwise who could help. On the individual level we can all contribute by adding more snowflake proxies. But there is much to be done on the rendezvous and brokering...

And, for instance, multiplexing. In addition, a more robust and resilient system could potentially happen by integrating with other infrastructure, like satellite internet.

The Snowflake system is still but a tiny fraction of what it could potentially be, and accomplish for internet freedom, and therefore the future of civilization.

Anyways, I now have to go practice for a benefit concert for peace in Ukraine. Thanks for reading. Feel free to contact me at serene [at] torproject [dot] org, or twitter , and other places...